Stay up to date with news on our latest events, papers and workshop information and general festival and event information

In addition, the immediate future of the Festival is guaranteed, as ACT Chief Minister Andrew Barr has announced a generous government grant of $125k PA over the next three years.

“We’ve been blown away with the reception to the 2016 Canberra Writers Festival,” said Festival Director Vickii Cotter. “The feedback on all fronts has been outstanding, and now with a three-year ACT Government funding commitment, the event will only build momentum from here.” 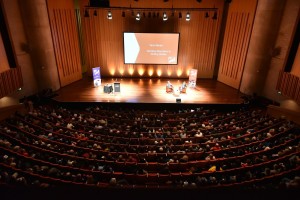 The Canberra Writers Festival is set to become a key fixture on the ACT tourism calendar, bringing valuable visitors and tourist dollars to the national capital at a quiet time of year.

The Canberra Writers Festival is proudly affiliated with the Melbourne Writers Festival, part of the Word Alliance, a strategic international partnership promoting Australian writers to the World.

The Festival is also honoured to be supported by the ACT Government in a growing and vibrant calendar of events in the National Capital.